vishwa 3:45 AM
The big MovieBob Anthology rollout continues. The three from yesterday and the day before are still available (and will continue to be, since these are digital books) so if you want the details on what's new today, hit the jump: 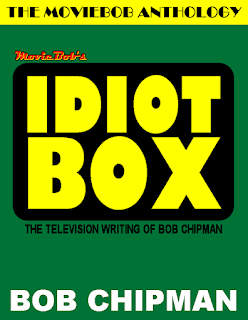 First up is MOVIEBOB'S IDIOT BOX, which collects my TV writing - some of it coming from this blog, the majority coming from the old "High Definition" column at The Escapist. Lot's of good stuff in this one, and much of it more recent than a lot of the other material: "Tina Saves The World," aka why Tina from BOB'S BURGERS is a groundbreaking character, "#NotAllBundys," a reading of MARRIED WITH CHILDREN as a proto-satire of Men's Rights Activism, "What We Talk About When We Talk About Cosby," which I believe is self-explanatory, and of course "2015: The Year South Park Finally Got Old."

Want more? There's also write-ups on THE SIMPSONS, DOCTOR WHO, THE ADDAMS FAMILY, CLARISSA EXPLAINS IT ALL, RICK & MORTY, BLACK JESUS, the end of THE COLBERT REPORT and THE DAILY SHOW, the original TRANSFORMERS and THE REAL GHOSTBUSTERS! 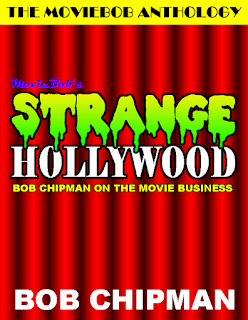 Also joining the roster today is MOVIEBOB'S STRANGE HOLLYWOOD, which as the title implies is probably the most "eclectic" of the Anthology: Basically, if I thought it was worth republishing and didn't fit under any of the other specific titles (i.e. non-review columns that were not specifically about older movie, video games, nerd-culture or comics) it went here. For example: This is where you'll find the "I Wrote That Crap!" trilogy, where I outlined some of my own failed attempts at writing/selling screenplays.

That means this is where you'll find pieces like "Why Movies Suck Now," "Summer School," "Abotu Critics,""How To Read Film Criticism" and others on those lines. There's also a lot in here about box-office analysis, the politics of "message movies" (including in-depth looks at controversies surrounding AVATAR, AMERICAN SNIPER and SELMA) and an in-the-moment look at the impact of Disney pulling off their biggest twist-ending ever in FROZEN.


This leaves two more books to launch to complete, hopefully within the next few days if not tomorrow; and since it's the last two I can reveal in advance that they will be volumes collecting reviews of older/classic films and a volume of video-game writing - which will include (but not be limited to) adaptations of original transcripts from classic Game OverThinker episodes.