vishwa 5:40 PM
Tragic news. Saturo Iwata, the colorful CEO and "public face" of Nintendo since 2002, has died of an ongoing health issue at the age of 55. 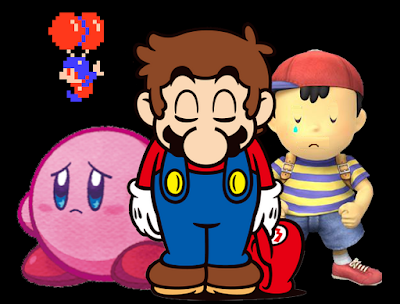 Described as a "genius programmer" in his youth, Iwata begna his gaming career working at Nintendo-affiliate HAL Laboratories on classics like EARTHBOUND, the KIRBY series and BALLOON FIGHT. His elevation to CEO at Nintendo - the first man not descended from the company's founding-family to ever hold the position - was widely seen as an overdue turn toward modernity for the fiercely-traditional company, and he became a familiar and beloved presence to gamers and the gaming press for his participation in the offbeat, humorous Nintendo Direct internet presentations.

The most important thing, obviously, is sympathy and condolence to Iwata-san's friends and family, but there is no overlooking that this is an incalculable loss to the video-game world. It was an open secret that Iwata was the main business-side force pushing the last giant of the Golden Age into embracing the modern game-culture more enthusiastically - in 2013, when the company was facing a financial shortfall, he famously took a major pay-cut in lieu of firing any employees. Without him, the future direction of the company and indeed the industry feels suddenly more uncertain than it has in a long time.